How to Exorcize Your Rental Property

When your tenants tell you that something is going bump in the night, you may wonder if it’s all in their heads. Maybe you don’t believe in ghosts – or maybe you’re just not ready to admit it out loud. But you’re not alone. According to a 2021 study from YouGov, 41% of American adults believe in ghosts, and one in five Americans have encountered a spooky spectre.

Your personal beliefs aside, ask your tenants to check their carbon monoxide detector(s) first and foremost. Carbon monoxide poisoning can cause confusion and dizziness among a host of symptoms, and that could explain their supernatural experiences.

But if their detectors are up to date and testing well, you have a choice on your hands. You can decide that you’re not ready to exorcize a spirit and read up on Halloween safety tips for rental properties… or you can descend into the wild world of ghost-busting with the TurboTenant team.

Signs Your Rental is Haunted

According to the supernatural experts at TeenVogue, there are 10 common signs that a home is haunted:

If your tenants have complained about any of the above and you’ve confirmed that they’re not being poisoned by carbon monoxide, then it’s time to lace up your boots and grab some salt. You’re not afraid of no ghost!

The Landlord’s Guide to Ghost-Busting

When faced with supernatural spooks, you and your tenants may be tempted to ignore the problem – but just like a jack-o-lantern after October 31st, that can get messy quickly. Instead, advise your tenant to:

Congratulations – your rental should be ghost-free! If problems continue, such as people being sucked into different dimensions or their heads turning all the way around before vomiting pea soup, consider calling a professional.

Do Landlords Legally Have to Disclose Ghostly Presences?

Landlords are required to disclose material dangers, such as the presence of lead paint in homes built before 1978, but do ghosts count as “material?”

When in doubt, always look to your local landlord-tenant laws, but let’s discuss the case of Stambovsky v. Ackley in the meantime.

In the early ‘90s, Jeffrey Stambovsky bought a house in the Village of Nyack, New York, from Helen Ackley. A stranger to the area, he had no idea that the property he purchased had a phantasmagorical reputation – largely created by Helen and her family for at least nine years prior.

He went to court to rescind the homebuying contract, arguing that Helen had failed to disclose a key aspect of the property. While his initial case was dismissed, he returned to the 1st Department of the Supreme Court of New York on July 18, 1991 to try again. It’s important to note that the presence of ghosts was not being contested; the focus was on Helen’s duties as a property owner.

That said, the Court determined that Helen’s interview in a national publication and constant flaunting of her proximity to ghostly presences in the local press made the house haunted as a matter of law. According to Cornell Law School, “the plaintiff was allowed to seek rescission of the contract and recover his down payment [under equity principles]. The ghostly reputation of the house impacted both the value of the property and its resale potential. Thus, it also affected the deal between the defendant seller and the plaintiff buyer.”

In other words, Helen’s ghost goose was cooked because she made it publicly known that she believed the home was haunted, yet didn’t disclose that fact to Jeffrey.

Assuming that your local laws don’t specifically require you to disclose the paranormal and you haven’t gone on a press tour about the ghosts in your units, not mentioning a paranormal presence is legally okay. Just remember to put yourself in your potential tenant’s shoes, and weigh out what you would want to know about a space before committing to it.

Whether your rentals are haunted or not, TurboTenant’s free all-in-one landlord software takes the fear out of property management. Stress less by signing up for your free account today!

*I’m not a ghost scientist, so it’s simply my hypothesis that specters hate things that smell good. 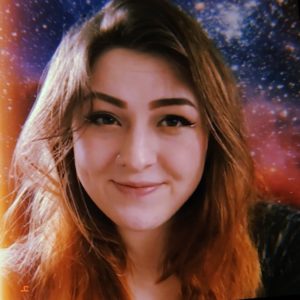 Krista is the Senior Content Marketing Writer at TurboTenant where she writes data-driven, actionable articles to help landlords and renters alike. With decades of writing and editing experience, she’s produced top-quality content across various industries, including real estate, SaaS, and survey design/implementation.