There is a reason they say “everything is bigger in Texas.” Texas is the land of living life large, and this attitude extends to the numerous colleges dotting the massive expanse of the state. Spend any time hanging out in a Texas bar and it won’t be long before you hear college fight songs break out around you.

Texans carry a great deal of pride for their home, and this pride spills over into their array of eminent colleges. From the well-known Texas A&M to smaller hidden gems, there is a university for everyone in this spirited state. For those seeking a college experience paired with life in the big city, metropolitans like Austin and Dallas may hold the most appeal. For students on a tighter budget, some of Texas’ smaller towns offer an exciting and lively alternative. Check out this list of fun Texas college towns, and see which town won our award for the best Texas college towns for fun and affordability. School: The University of Texas at Austin
Population: 930,000

Austin ranks as the most expensive college town on our list due to the city’s high desirability. The home of the Longhorns is also home to a huge array of music venues, a unique nightlife, and an outstanding number of outdoor activities. The University of Texas has nationally ranked business, engineering, and law programs, which make this a very attractive destination for students looking to build a solid career foundation.

Austin is more than just a college town, though, it’s also one of the best cities in the nation for recent college grads. From catching live music at Threadgill’s to paddleboarding Lady Bird Lake, there are activities for every type. If you plan on spending your college career in this renowned Texas city, be sure to mark your calendars for the world-famous SXSW music festival each year, and take a dip in the cooling Barton Springs on a hot summer day. Although this city may rank as the most expensive on our list, the amenities and lifestyle offered are worth every penny to local residents.

With multiple universities in the metro area, Dallas has much to offer for students and post-grads alike. For those who enjoy taking in sporting events, Dallas is sure to be a hit. Make sure you take in a Cowboys game at AT&T Stadium in neighboring Arlington and check out a Stars game downtown at the American Airlines Center.

Not only is Dallas a great location for sports fanatics, it also boasts a beautiful climate with lakes, parks, and gardens dotting the city. For those who enjoy Texas cuisine, the food scene in Dallas will be sure to keep you on your toes. From classic Texas fares, such as barbecue and fried chicken, to sophisticated takes on Hawaiian poke, there is truly a cuisine for anyone. With a bustling economy, attractive housing options, and a thriving art scene, Dallas is a place many college graduates choose to enjoy even after they have been awarded their degree.

The third most expensive city on our list is Houston, TX. Some would argue that this city, with its large population, is far from a college town. While there is a lot more to Houston than just a collegiate presence, the students at any of the multiple universities in Houston would argue differently.

Whether you’re catching an Astros game, exploring one of the 370 different parks, taking a quick trip to the Gulf, or grabbing some legendary brisket from Lenox Barbeque, you’ll never run out of things to do in Houston. With its coastal location, this city is perfect for those who enjoy the open sea air.

With a student population of over 50,000 people, UNT and TWU are an integral part of the relatively small town of Denton. Boasting a top ten national ranking in “Best College Towns“, there is no doubt that Denton is a great place to land for your undergrad or postgrad. However, the residents here know there’s much more to the town than just the presence of these esteemed schools. Once you start your collegiate career in Denton, you might find yourself sucked into this magical vortex. Beyond academia, Denton has won accolades for being one of the “Top 100 Best Places to Live” and as one of the top places in the nation for women in the workforce. Denton is well known locally for its diversity, uniqueness, and eclectic music scene.

During your time residing in Denton, make sure you don’t miss out on the Arts and Jazz Festival, which brings over 225,000 people to the city each April, or the surprisingly lively Day of the Dead Festival. With extremely affordable living prices, Denton is the perfect place for those looking to study in a Texas town with a unique and thriving culture. Due to the vibrant nightlife, exceptional music scene, abundant trails, and a plethora of festivals and food, Denton’s low cost of living paired with these outstanding amenities landed it as our top pick for fun and affordability.

One of the most notable features of this thriving college town is its ideal location along the San Marcos River. With crystal clear waters, this river makes San Marcos a mecca for watersports lovers. Whether it’s a boat tour, a leisurely tube ride on a summer afternoon, or kayaking one of the rivers’ waterfalls, you’ll find the perfect escape from class in the always refreshing waters.

After playing in the water, make sure to check out The Root Cellar Cafe and Brewery or AquaBrew to finish off the day right. And let’s not forget academics! Texas State University was established in 1899 and is where our 36th President, Lyndon B. Johnson, graduated from in 1930. Not only notable for its place in history, Texas State also boasts the largest forensic research facility in the entire world, The Forensic Anthropology Center.

With a student population just shy of 40,000, the Texas Tech Red Raiders have a big presence in Lubbock and have since the university was founded in 1923. Not sure what you want to study? Texas Tech has no shortage of options with over 150 courses of study to choose from. Outside of school, there’s a variety of activities to keep you busy here. Catch a show at the Cactus Theater, explore the Silent Wings Museum, enjoy brunch at Ranch House Restaurant, or visit the historic Buddy Holly Center.

Lubbock is the perfect location for those looking to escape metropolitan sprawl, without sacrificing a variety of entertainment and outdoor activities. The Lubbock area boasts great wineries, due to the unique soil composition, and beautiful outdoor parks that can be enjoyed year round.

One of the more affordable college towns on our list, you get way more than you bargain for in Waco. Baylor University, with a student population of almost 17,000, is the oldest continuously operating university in Texas. The town offers everything from hiking in Cameron Park and fishing the Brazos River to dining out at Xristo’s Cafe food truck. Football? Waco has plenty of that, and you can catch some of the best in the country with a visit to McLane Stadium.

Go shopping at one of the many boutiques in downtown Waco, such as Magnolia Market, or relax at a rustic restaurant, such as The Homestead Cafe. As a student in Waco, the world is your oyster, and rent payments won’t hold you back from enjoying it. Due to the centralized location of Waco, trips to neighboring Texas cities are an easy drive away.

College Station, home to Texas A&M, is perhaps one of the most well-known Texas college towns. A&M is the only university in Texas designated as a land, sea, and space-grant institution, and the only university in Texas to compete in the Southeastern Conference. The 60,000-plus student population is the heart and soul of College Station. Locals and students alike live for game days at Kyle Field and are known around the country for being the home of the 12th man. This unique Aggie legend finds its roots in a historic football game, in which Aggie E. King Gill suited up in the middle of a game and stood on the sidelines, ready to play should his team need him. His gesture as the 12th man, standing by for his team, has led to the 12th man tradition, in which the student body remains standing during every Aggie game.

When it comes to celebrating the many wins of Texas A&M’s football team, Hurricane Harry’s is a local favorite. For those who are looking for affordable rent prices and an exuberant college spirit, Texas A&M is the perfect fit. Brush up on the school fight song on day one in preparation for a lifetime of spirited singing.

This unique little city is home to Midwestern State University, the Professional Wrestling Hall of Fame, the Hotter N’Hell 100 (a cycling race that draws in over 100,000 attendees from around the world each year) and Sheppard Air Force Base. Home of the Mustangs, this small college town offers a lively downtown with food, a busy nightlife, a 14-mile trail which encompasses the city, and much more.

This small but vibrant college campus is the only university in Texas to become a member of the Council of Public Liberal Arts Colleges (COPLAC) and is ideal for students interested in business administration, the fine arts, or nursing school. When it comes to affordable living options, Wichita Falls is an unbeatable option. Don’t let the low housing costs fool you, Wichita Falls truly is a hidden Texas gem with parks, museums, galleries, festivals, farmers markets, and more.

If you are a landlord in any of these lively Texas college towns, make the process of renting to students more appealing. With mobile friendly property listings and online rental applications, you can reach your target audience at no inconvenience to you. TurboTenant also allows you to easily perform tenant screening online, leading to better control over who is living in your property. The great news? TurboTenant is 100 percent free to landlords. From listing your rental property across the web to running background, credit, and eviction reports, TurboTenant is an easy all-in-one solution for landlords. 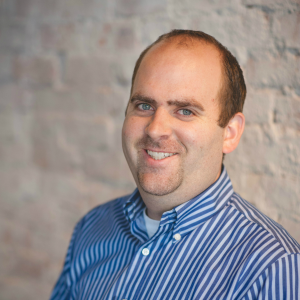 Sarnen has been investing in rental property since the age of 19. In October of 2015, he launched TurboTenant, which today serves over 300,000+ landlords. Sarnen is a regular contributor on Forbes and Bigger Pockets and is a thought leader in the real estate and proptech space.