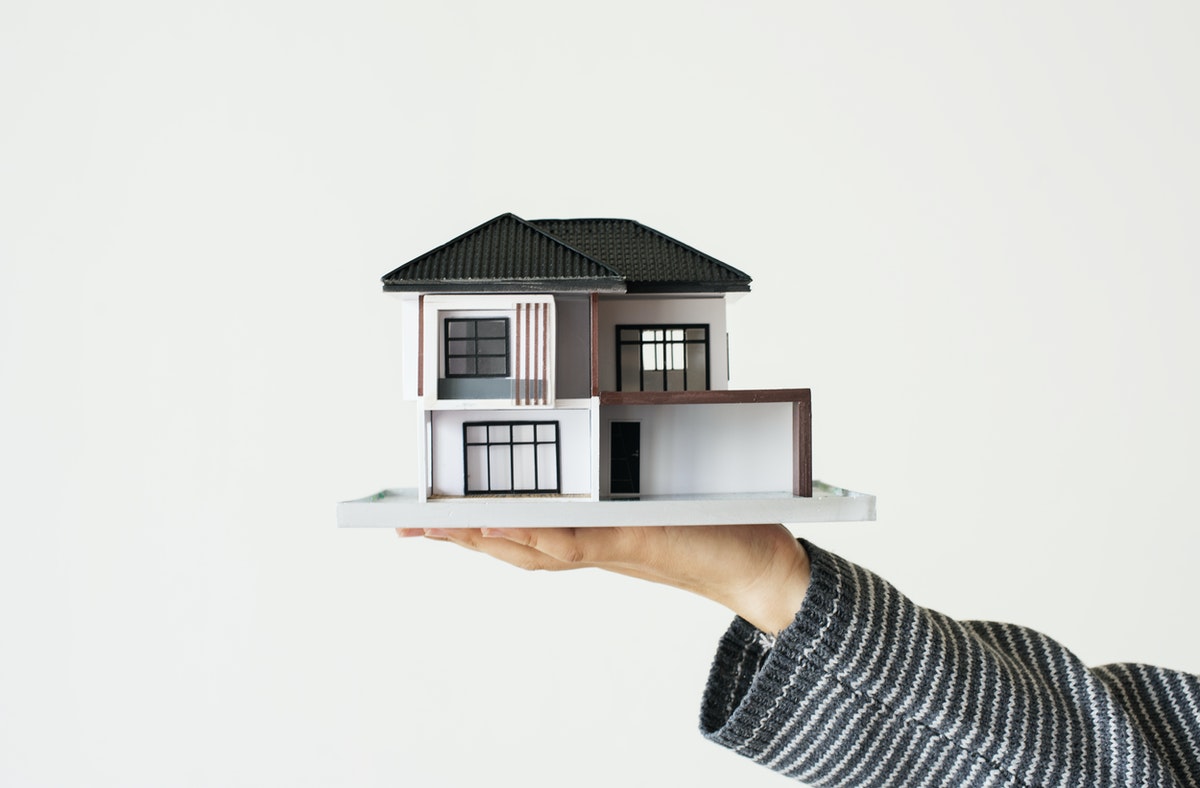 What are Squatter’s Rights? How Landlords Can Protect Themselves and Take Action if Needed

If you are a landlord or a property owner, at some point you may have to deal with squatters setting up camp in or on your property. Squatters may inhabit your land or property and refuse to budge. It can be frustrating to encounter squatters on your property, but there are steps to take to address the situation. 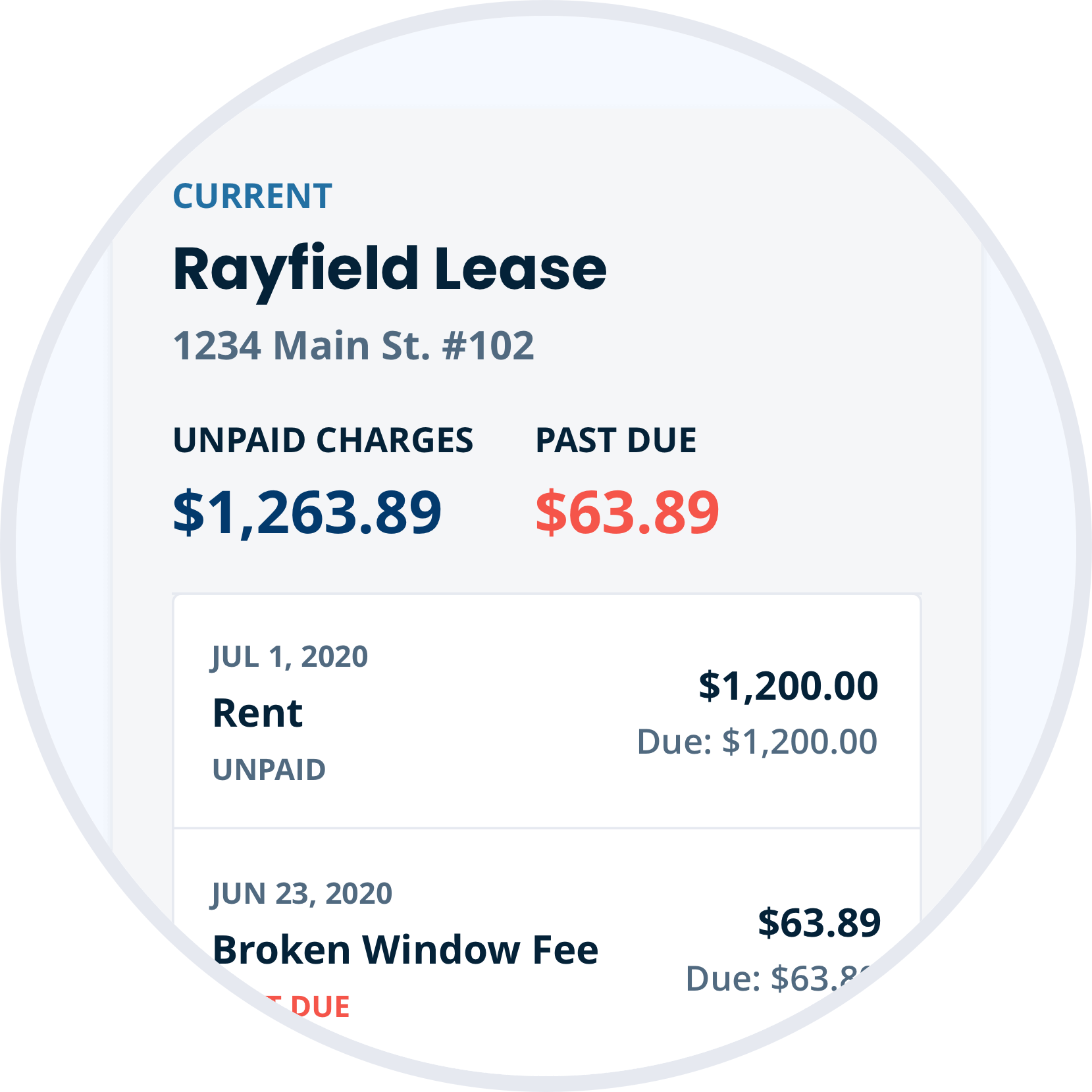 Now, not only do landlords enjoy the convenience of collecting rent online, but by doing so, your tenants can build credit by reporting rent payments to TransUnion for free. Learn more about Rent Payments & Rent Reporting.

Squatting, also called adverse possession, refers to a person intentionally entering a property that they do not own or have permission from the legal owner to reside in or on, with the intention of acquiring that property. “The phrase ‘squatters rights’ is really misleading, because, as a general rule, they are merely trespassers, and don’t have any rights,” says Teri A. Walter, civil trial lawyer, founder and managing partner at Walter Law Firm in Texas, which specializes in business litigation. “The phrase comes out of the adverse possession laws. Adverse possession is a legal theory of gaining ownership of property without actually purchasing it.”

This “right” can be converted to title to the property over a period of time by adverse possession, depending on a state’s law. Attorney Natela Shenon of Shenon Law Group in California, which specializes in business law, says certain elements have to be met in order for it to be effective.

For example, in California she says the possession has to be hostile, notorious and continuous, without any interruption for the statutory period, which in that state is five years.

“Another requirement in California is that the squatter has to be paying property taxes for the statutory period for the piece of land he or she is occupying,” says Shenon.

Each state has different laws regarding squatter rights, so experts recommend checking local and state laws to ensure landlords retain legal protection of their property and know their rights.

What To Do If You Have a Squatter 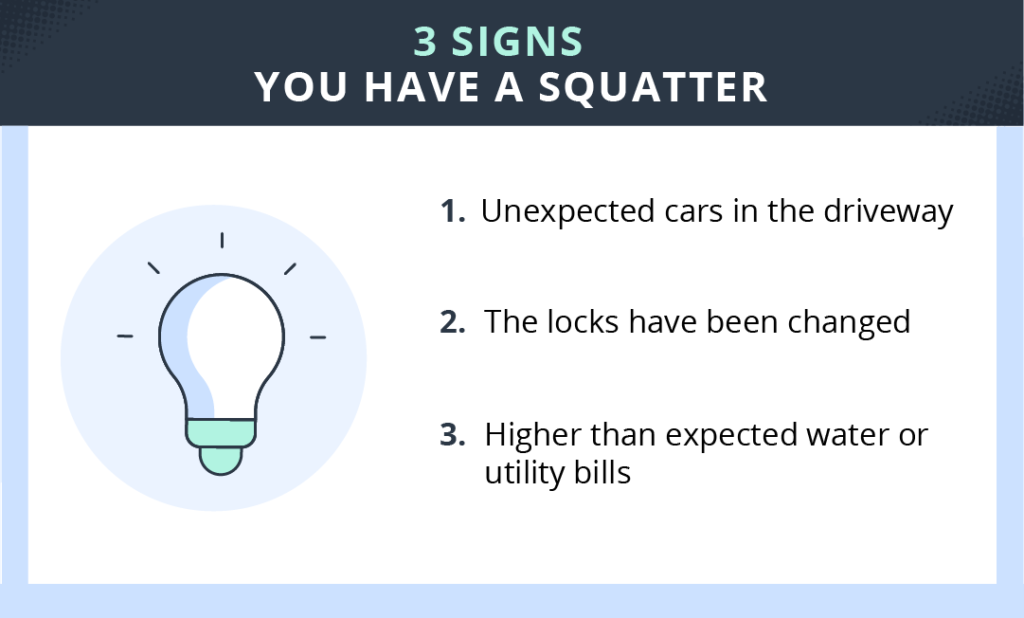 There is a legal process landlords and property owners should follow should they encounter a squatter on their property.

“Once it is discovered that there is an unauthorized person in a vacant property, an owner needs to serve a Notice to Vacate/Surrender Possession that includes language to the effect that the persons in possession are squatters and have no legal right to be in possession of the property, that the owner does not consent to the occupant’s possession of the property,” says attorney Eileen M. Kendall, Kendall Law in California, which specializes in real estate law and business law.

She says if the squatters do not vacate, the owner can then file the unlawful detainer complaint in the superior court to get a writ of possession that can be executed by the sheriff to remove the squatter.

When dealing with squatters, there are some things landlords and property owners should not do. Shenon says a landlord or a property owner should not abandon their property and not stop paying property taxes on the property.

“They also should not allow anyone to use or be on their property for an extended period of time without a written agreement that specifically gives permission for use by the owner—remember adverse possession has to be hostile and without permission—for only a limited period of time,” says Shenon.

Shenon says other terms can be added to the agreement to avoid any confusion as to ownership and to prevent any claims to adverse possession in the future.

How Do You Avoid Getting a Squatter?

There may be potential warning signs that a property is being occupied by a squatter. Walter says these include higher than expected bills for power and water or having those bills suddenly terminated. She says squatters typically will not bother to set up utilities in their own name but may if they plan to make a claim of ownership of the property.

“Seeing unexpected cars in the driveway, locks changed, changes to the landscaping or exterior look of the property, or maintenance of the house or yard that you did not arrange,” says Walter.

Walter says there are several things landlords and property owners can do to avoid having a squatter and protect their property.

“Many of these actions are the same kinds of things you’d want to do in order to avoid burglaries,” says Walter.

One important thing to do is to not allow a property to remain vacant for long, and when it must be vacant, to leave the electricity and water on and to leave lights on inside and around the property to give the appearance of being occupied, says Walter. She says to not allow mail to pile up, make sure to keep drapes drawn so people cannot see inside, to drive by periodically to pick up mail or trash and check to make sure the property is still secure.

“Be in touch with your neighbors, and make sure they know how to contact you if they see something that looks suspicious,” says Walter. “If the property is a vacant lot, fence it off, keep it mowed and trash removed and post a ‘No Trespassing’ sign.” 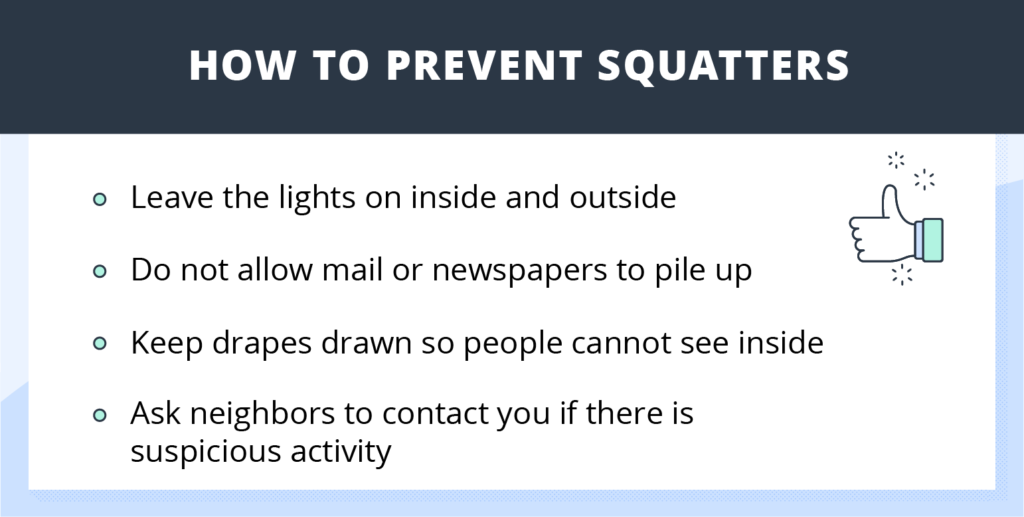 What are Squatter Rights?

Squatter rights, also known as adverse possession laws, refer to laws that allow a squatter to live in another person’s property if the lawful owner does not evict or take action against the squatter.

What do you do if you have a squatter on your property?

If a squatter is on or in your property and they refuse to leave, call the police.  However, if a squatter claims to be a tenant, an eviction is the best method to remove them. But, if the “tenant” actually claims ownership, then file a suit against them to confirm title in your name.

Why do squatters have rights?

Rights are only valid as long as squatters fulfill all adverse possession requirements, which vary by state.

Which states have squatter rights?

Squatter rights exist in all 50 states. But, how and when these laws are enforced vary widely by state, city, and municipality. Ana Durrani is a regular contributor to U.S. News and World Report and Realtor.com and is a journalism instructor for an online university. She covers a wide range of subjects and has been featured in Military Officer, California Lawyer, the American Scholar, and PracticeLink magazines, among others.